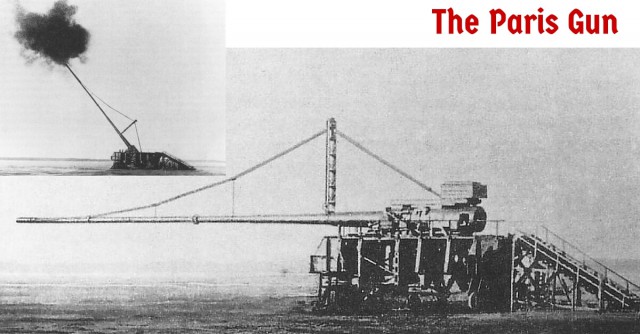 The Paris Gun was a type of German long-range siege gun, several of which were used to bombard Paris during World War I. They were in service from March to August 1918. and were the largest pieces of artillery used during the war by barrel length if not caliber, and are considered to be superguns. The gun was capable of firing a 234 lb shell to a range of 81 miles.

As military weapons, the Paris Guns were not a great success: the payload was minuscule, the barrel required frequent replacement and its accuracy was only good enough for city-sized targets. The German objective was to build a psychological weapon to attack the morale of the Parisians, not to destroy the city itself. 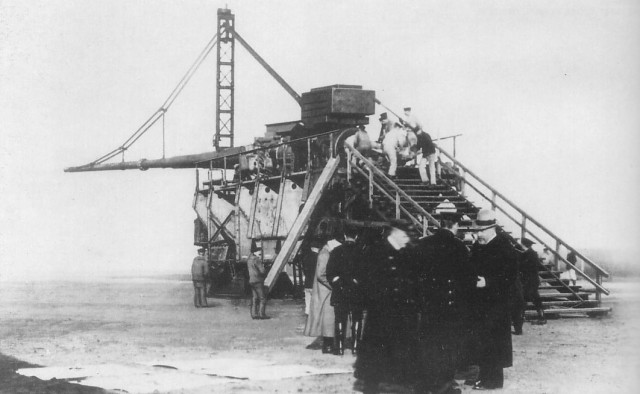 The Paris Gun was a weapon like no other, but its capabilities are not known with full certainty. This is due to the weapon’s apparent total destruction by the Germans in the face of the Allied offensive. Figures stated for the weapon’s size, range, and performance varied widely depending on the source — not even the number of shells fired is certain. The discovery in the 1980s and subsequent publication in the Bull and Murphy book of a long note on the gun written Dr. Fritz Rausenberger, who was in charge of its development at Krupp, cleared up a lot of the details of its design and capabilities.

Seven barrels were constructed, they used worn naval 38 cm gun barrels that were fitted with an internal tube that reduced the caliber from 15 inch to 8 inch. The tube was 69 feet long and projected 13 feet out of the end of the gun, so an extension was bolted to the old gun-muzzle to cover and reinforce the lining tube. A further, 39 feet long smooth–bore extension was attached to the end of this to improve accuracy and reduce the dispersion of the shells. The barrel was braced to counteract barrel droop due to its length and weight, and vibrations while firing; it was mounted on a special rail-transportable carriage and fired from a prepared, concrete emplacement with a turntable. 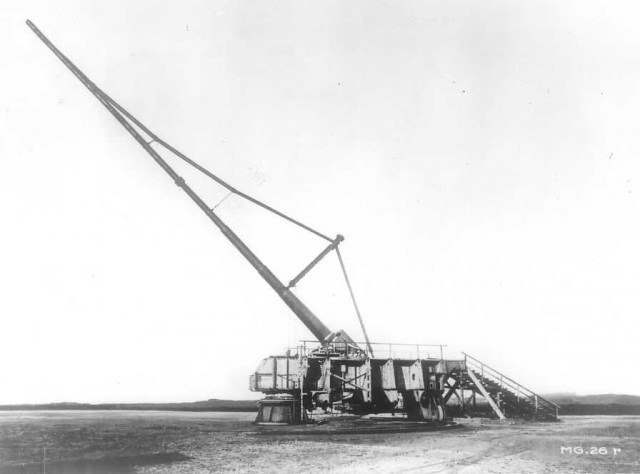 Since it was based on a naval weapon, the gun was manned by a crew of 80 Imperial Navy sailors. It was surrounded by several batteries of standard army artillery to create a “noise-screen” chorus around the big gun so that it could not be located by French and British spotters.

The projectile was the first human-made object to reach the stratosphere. The historian Adam Hochschild put it this way: “It took about three minutes for each giant shell to cover the distance to the city, climbing to an altitude of 25 miles at the top of its trajectory. This was by far the highest point ever reached by a man-made object, so high that gunners, in calculating where the shells would land, had to take into account the rotation of the Earth. For the first time in warfare, deadly projectiles rained down on civilians from the stratosphere.” 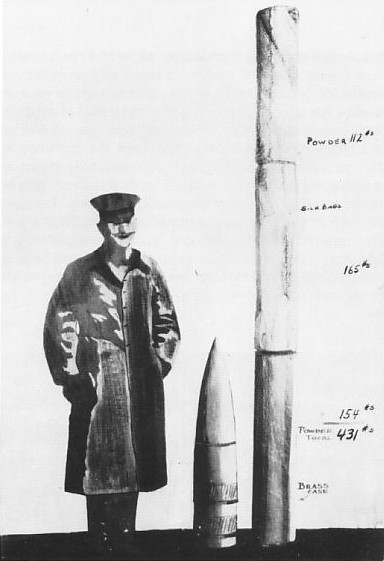 The Paris Gun shells weighed 234 lb, the main body of the shell was composed of thick steel, containing 15 lb of TNT. The small amount of explosive – around 6.6% of the weight of the shell – meant that the effect of its shellburst was small for the shell’s size. The thickness of the shell casing, to withstand the forces of firing, meant that shells would explode into a comparatively small number of large fragments, limiting their destructive effect. 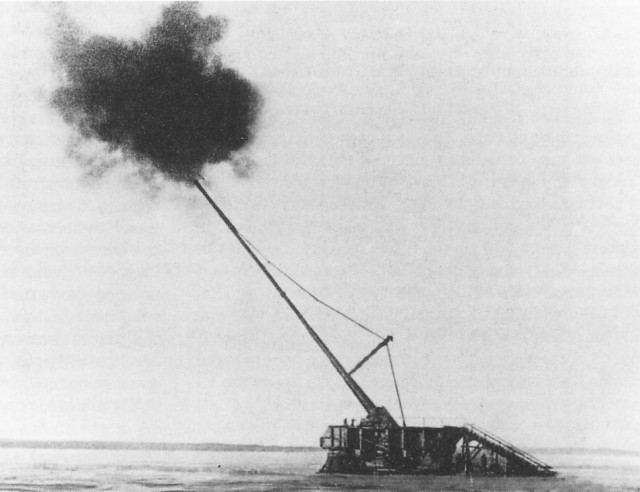 The gun was fired from the forest of Coucy and the first shell landed at 7:18 a.m. on 21 March 1918 on the Quai de la Seine, the explosion being heard across the city. Shells continued to land at 15 minute intervals, with 21 counted on the first day. The initial assumption was these were bombs dropped from an airplane or Zeppelin flying too high to be seen or heard. But within a few hours, sufficient casing fragments had been collected to show that the explosions were the result of shells, not bombs.

By the end of the day, military authorities were aware the shells were being fired from behind German lines by a new long-range gun, although there was initially wild press speculation on the origin of the shells. This included the theory they were being fired by German agents close by Paris, or even within the city itself, so abandoned quarries close to the city were searched for a hidden gun. However, the actual gun was found within days by the French air reconnaissance aviator Didier Daurat.

The Paris gun emplacement was dug out of the north side of the wooded hill at Coucy-le-Château-Auffrique. The gun was mounted on heavy steel rails embedded in concrete, facing Paris.

A total of around 320 to 367 shells were fired, at a maximum rate of around 20 per day. The shells killed 250 people and wounded 620, and caused considerable damage to property. The worst incident was on 29 March 1918, when a single shell hit the roof of the St-Gervais-et-St-Protais Church, collapsing the entire roof on to the congregation then hearing the Good Friday service. A total of 91 people were killed and 68 were wounded. The incident inspired Romain Rolland to write his novel Pierre et Luce.

The gun was taken back to Germany in August 1918 as Allied advances threatened its security. No guns were ever captured by the Allies. It is believed that near the end of the war they were completely destroyed by the Germans. One spare mounting was captured by American troops near Château-Thierry, but the gun was never found; the construction plans seem to have been destroyed as well.