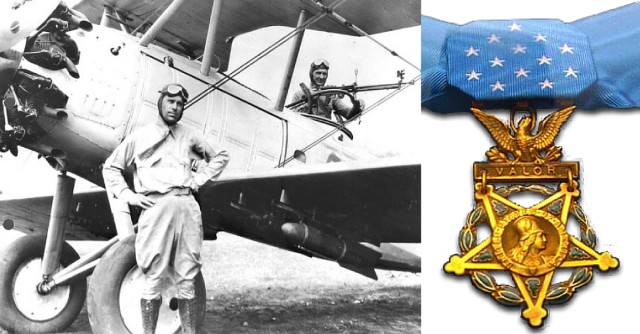 The United States Marine Corps considers themselves experts in the art of close air support, but getting to that point was a process of experimentation and a little luck. Fortunately for the Corps, pioneer Marine aviators like Christian Schilt would be there every step of the way.  For Schilt, that wouldn’t be an exaggeration as his career with Marine Corps aviation began in World War 1 in the era of biplanes and took him all the way to the era of the Jet in Korea. Where he was a General in command of an air wing.

But it would be a controversial conflict in Nicaragua between the World Wars where the Marine Corps would hone the art of close air support would be perfected and where Schilt would be awarded  a Medal of Honor . Schilt was recognized for his bravery for landing on the burning streets of Quilali, Nicaragua supporting Marines who were surrounded, Schilt made 10 trips to resupply the embattled grunts and evacuate the wounded. 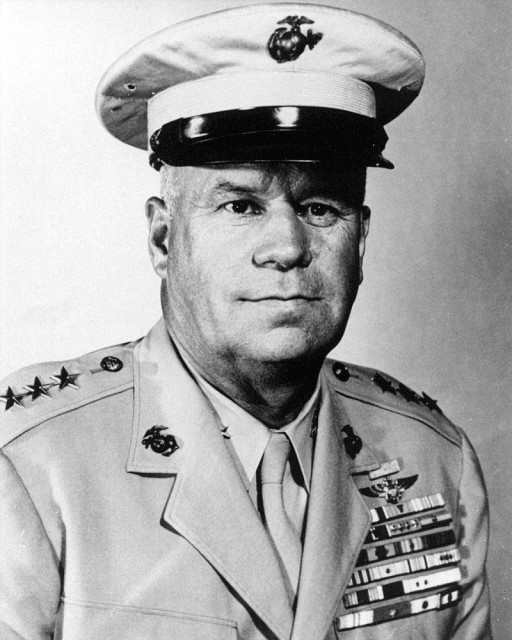 In doing so, he would help demonstrate the utility of close air support and that the indomitable spirit of the US Marine extended to the skies as well.

A Path to Greatness

Christian Frank Schilt was born in 1895 and enlisted in the United States Marine Corps in 1917.  In what was either an intentional effort or a stroke of luck, Schilt was assigned to the 1st Marine Aeronautical Company, as an enlisted man which ran anti-submarine patrols from the Azores.

And while he wouldn’t fly, he fell in love with aviation and knew this was the path forward for him.  When he returned to the United States after the war, he entered flight training and became an aviator in 1919.

Schilt would spend the majority of the 1920’s stateside at Quantico honing his skills as a pilot.  But in 1927, the unrest in Nicaragua offered him the opportunity to deploy.  Throughout the late 1920’s, the Marine Corps was engaged in what would often be referred to as the Banana Wars throughout the Caribbean and Central America.

Often fighting nationalist rebels in challenging terrain, the Marines were among the first to truly appreciate and master the tactics of  close air-ground support.

In Nicaragua, the adversaries were the guerillas led by Augusto Sandino, who was seeking to expel American influence from the region. They gave the Marines a pretty solid fight for that cause.  However, the Marines had been working on coordinating support between air and ground units using nothing but ground signals and panels which proved quite effective against the rebels.

This was the beginning of Marine air units supporting the grunts. to this day, Marine aviators merely consider themselves grunts in the sky. First Lieutenant Christian Schilt would be no exception.  Flying his Vought O2U Corsair into battle, he was about to make history and quite a name for himself while he was at it.

On December 30th, 1927, Sandino guerrillas ambushed two columns of Marines in the village of Quilali and initiated a vicious fight that would last over a week.  The Marines proved excellent marksmen and held off the assailants, but continued to take a number of casualties in the process.

With the guerrillas in the surrounding landscape and additional land forces unavailable, the only way to evacuate the wounded and resupply the Marines would be through the air.  Unfortunately, there was nowhere to land the O2U Corsair biplane except the main street of Quilali which was not wide enough or long enough to accommodate.

For the Marines who live by the motto of adapt and overcome, when the town is in your way it turns out that burning down the town is a viable option.  Engineering tools were dropped from above and the Marines on the ground began burning and clearing the city street in order to expand it to 100 by 500 feet and have just enough space to land the biplane with its 33-foot wingspan.

But that still required a pilot willing take on the dangerous landing and brave the enemy fire on top of it.  Fortunately for the grunts on the ground, Schilt didn’t seem to mind.

Between January 6th and 8th, Schilt made 10 trips into the besieged town of Quilali.  Each time he would land and take off, his aircraft was targeted by enemy ground fire.  When he would land, the only way for him to slow down due to a lack of brakes,  was for the grunts to grab on to his plane’s wings and hang on until it came to a stop.

During the action, he delivered over 1,400 pounds of supplies and evacuated 18 wounded Marines in what would become the first aerial medevacs of Marines engaged in combat.  For his skill in the aircraft and outstanding valour under fire, 1st Lieutenant Schilt would be awarded the Medal of Honor and a place in Marine Corps aviation history.

While the action in Nicaragua would cement Schilt’s legacy, the Corps wasn’t done with him just yet.  By the time World War 2 broke out, Schilt had nearly 25 years of experience under his belt and his experience in combat was sorely needed.

He progressed through various commands during the war from Guadalcanal in 1942 to Okinawa in 1945.  And while his time wasn’t spent flying, his leadership did much to inspire those he led.

Returning to America in 1946, he continued to serve in various commands before war broke out in Korea and he was once again called to the action. He took command of 1st Marine Aircraft Wing where he would pick up a Navy Distinguished Service Medal for his leadership.

By the time he retired in 1957, he had given 40 years to Marine Corps aviation and was promoted to a full general at retirement.  During his career, he witnessed the birth and development of Marine Corps aviation and commanded the respect of all with whom he served.  For the Marines battling it out in the Nicaraguan Village of Quilali, he will always  be the fearless pilot who landed in the burning streets.

Many Marine aviators have since followed his example and bravery supported the grunts on in the heat of battle.