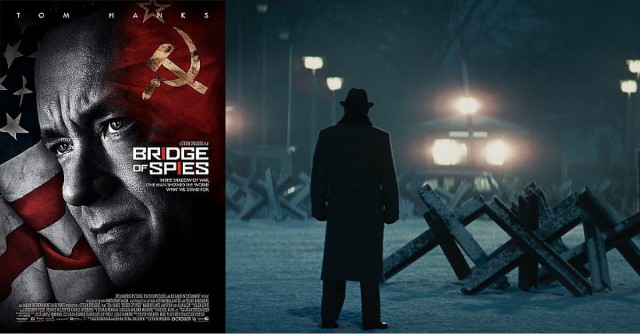 Bridge of Spies is a new Hollywood movie set during the Cold War and features actor Tom Hanks.

The film’s trailer has recently been released and shows snippets of the story.

An insurance lawyer called James Donovan, played by Tom Hanks, is recruited by the US’s Central Intelligence Agency. He has to conduct a highly political and sensitive negotiation with the Soviet Union for the release of a US U-2 spy plane pilot who has been captured by Soviet troops.

The U-2 incident was an actual event that took place in the height of the Cold War in 1960.

The US president at the time was President Dwight D. Eisenhower, while the leader of the Soviet Union was Nikita Khrushchev. A US U-2 spy plane piloted by Francis Gary Powers had been despatched by the CIA to conduct aerial reconnaissance over the Soviet Union. However it was spotted by the Soviet intelligence services and was shot down by a surface to air missile over Sverdlovsk. The aircraft crashed and Powers survived, but he was taken prisoner by the Soviet authorities.

The US Government famously tried to cover up the incident and denied that the aircraft, pilot and mission was to spy on the Soviet Union. However when the Soviet authorities presented the US with remnants of the plane, its pilot (still alive), and photographs that the plane had taken of military facilities in the Soviet Union it was difficult for the US to continue in its denial.

The incident happened just a fortnight before a scheduled summit between the East and West, which was to be held in Paris. It was an embarrassing situation for the US and ensured that relations between the two countries deteriorated, the Panarmenian reports.

The pilot, Francis Gary Powers was charged with being a spy by Soviet authorities and was sentenced to three years of in prison, with an additional seven years of hard labour.

The US continued to negotiate for Powers’ release and he was returned to the US after two years in an exchange which saw US prisoner and Soviet officer, Rudolf Abel returned to the Soviet Union.

The movie has been directed by Steven Spielberg and its cast includes Tom Hanks, Amy Ryan, Scott Shepherd, Sebastian Koch and Alan Alda. The film is due to be released in the US mid-October.