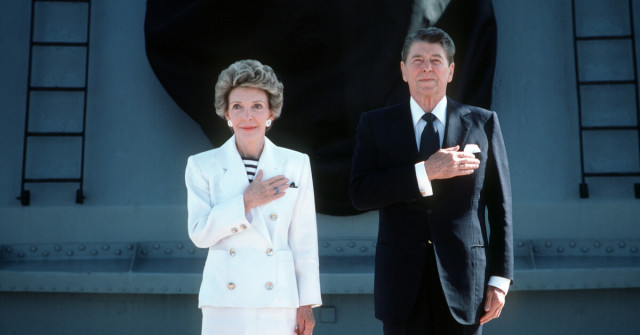 Ronald Reagan won the Cold War without firing a shot, former Prime Minister Margaret Thatcher has said. But he couldn’t have done it without his wife, Nancy.

During Reagan’s first term, he insisted on one thing. He was not content to coexist with the USSR; he wanted to defeat it. His plan was simple – “We win, they lose.” Critics accused him of wanting war with the Soviets.

That was the last thing Reagan wanted. He wanted to win the Cold War, but he did not want to go to the battlefield to do it. His plan was to win through economic pressure and diplomacy. This was not feasible in his first term so he focused instead on repairing the U.S. economy, rebuilding the military and restoring relations with the U.S.’s allies.

Once the U.S. could negotiate from a position of strength, he began a policy of peace and arms reduction. Critics were not kind, questioning how he could pursue a policy of peace when he had called the Soviet Union the “Evil Empire” just months earlier?

Mrs. Reagan not only encouraged her husband to persevere in the face of the criticisms he was receiving, she also played a major diplomatic role in bringing the Soviets to the negotiating table. Mrs Regan, sought to build trust between her husband and the Soviet leadership. This would help to end the Cold War, and she was proved right.

When Nancy welcomed Gromyko to the White House, he asked her, “Does your husband believe in peace?”

“Yes, of course,” she replied.

“Then whisper ‘peace’ in your husband’s ear every night,” he responded.

“I will,” Mrs. Reagan answered, and then, without missing a beat, she added, “and I’ll also whisper it in your ear.”

The rest is history. Reagan and Gorbachev signed the historic arms control agreements. They visited each other’s countries. They brought a new era of peace unmatched in modern times and eventually led to the end of the Cold War and the threat of nuclear war.

While feminists today look at Nancy Reagan, as the last of the old school of First Ladies, planning dinner parties and standing beside her husband, history shows that she had more to do with winning the Cold War than any general, diplomat or politician.