The sinking of the Graf Spee, the Nazi warship made famous by the wartime movie Battle of the River Plate, is a cause for further controversy 77 years after the vessel sunk off the coast of Uruguay.

In 2006, a local businessman, Alfredo Etchegaray retrieved from the wreck a bronze statue of the Third Reich’s eagle and swastika that once adorned the ship’s bow. The Nazi statue weighs around 700 pounds and is almost nine feet wide.  Today the Uruguay government is having trouble deciding what to do with the artifact.

The Graf Spee sank during a 1939 battle with three British Royal Navy ships, the HMS Ajax, HMS Achilles, and HMS Exeter, just outside the port of Uruguay’s capital city Montevideo.  South America was a safe location for Nazis after the war when around 9,000 fled to the region to escape capture and trial by Allied forces. The region has been criticized for its lack of help in bringing the war criminals to justice, and the statue is the latest reminder of the controversy. 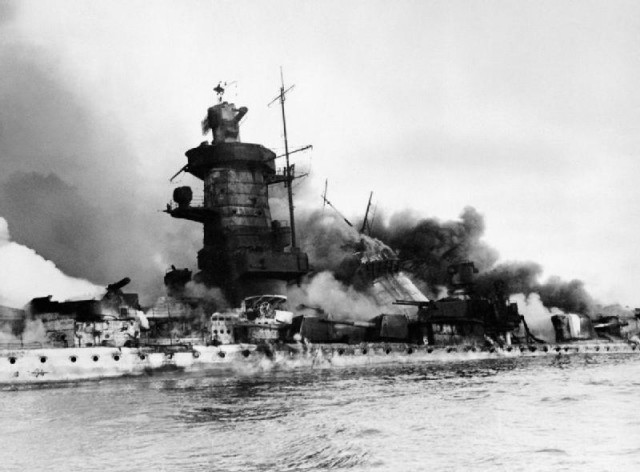 Businessman Alfredo has spent years retrieving goods and relics from the Graf Spee and says that he’s spent around $5 million. Uruguayan courts have decided that Alfredo does have rights to half of the statue while half belongs to the Uruguayan government.

Alfredo would like the statue to be put into a museum, but German authorities are pressuring the Uruguayan president, Jose Mujica, to have the Third Reich statue put in storage and not to be shown to the public.

Alfredo is eager for the statue to be sold so that both parties can claim half of its value each. He claims that other similar artifacts from history are put on display, such as those from the Roman Empire, Khmer Rouge, and the Spanish Inquisition. 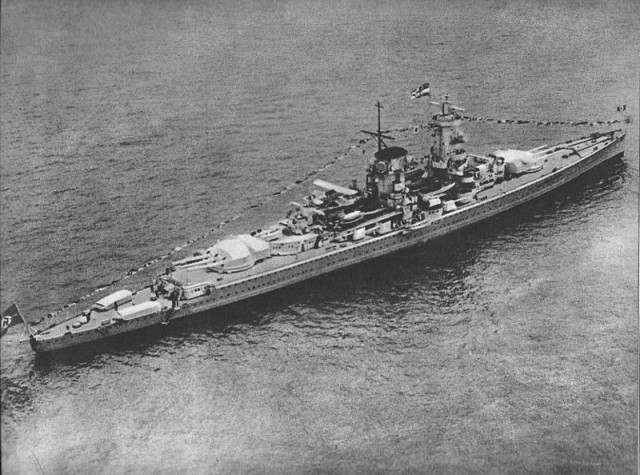 It is thought that half of the statue is worth around $15 million, and experts believe that it will be easily sold if put up for sale, particularly to war enthusiasts and collectors.  There is only one other statue similar to that of the Graf Spee’s, and that was fitted to the Bismarck, which sank in the Atlantic Ocean in 1941.

The Graf Spee had been a bane in the side of the Allied naval efforts as it sunk around nine supply and military vessels in the South Atlantic during its journey. Once it was scuttled in the port of Montevideo, it burned for three days before it finally sank.