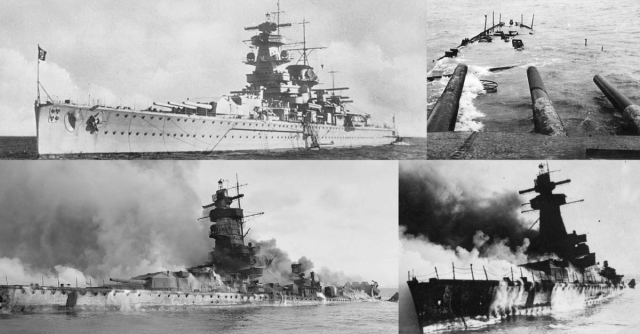 This book from our friends in Barnsley is from a series I don’t think I’ve had dealings with before. Regardless of this I thoroughly enjoyed reading it. If others in the range are as good then I’d happily see more.

The clever title refers to the fact that events in the South Atlantic in 1939 were interpreted in different ways. For the Germans the glorious scuttling of the Graf Spee, was magnificent but it wasn’t war. In fact it was a waste of a fine ship. For the British the victory masked deficiencies in the Royal Navy that would be exposed in the Mediterranean and by the Japanese. The author also makes the sad observation that the victor of the River Plate, Henry Harwood, was promoted away from where he served his country best into a role he was ill-suited for and it took an awful toll on him.

The author tips a nod to the well-known eponymous movie of the Battle of the River plate that used the USS Salem as the Graf Spee and two real ships from the battle, the former HMNZS Achilles and the elderly HMS Cumberland. He fully appreciates that the film is of a sort that transposes reality. When I think of Hans Langsdorff I always see Peter Finch. Although the plot is not entirely accurate it has the effect of relaying that Langsdorff, the honourable man who committed suicide, was the kind of German we could admire back in 1956. All this is light years away from the modern world and when you consider these impressions it is easy to understand why some Germans see a stereotype of British people obsessing with the war when only a very small percentage probably do. I guess the impact of the film detracts from the story itself.

But fear not, for this is a ripping yarn told in a pleasing old sea dog’s language by Richard Woodman that recalling a no nonsense time when Britannia ruled the waves…but not for much longer.  I can see those Germans rolling their eyes and tutting again. The battle itself is explained with clarity and it is all genuinely exciting. The build up with the capture and sinking of a host of merchant ships is delivered in a dispassionate and neutral style. It is right to point out that Langsdorff and his crew were not a bunch of killers. They followed the rules and seem to have been fair-minded. Langsdorff had a decent relationship with the masters he held prisoner aboard the Graf Spee. There is a chivalry to the saga it is impossible not to admire. But it was war and there would be death and destruction a plenty off South America when the British cruisers arrived.

The important thing to take from this is admiration for the crews of the British cruisers and the excellent leadership and tactical nous of Henry Harwood. Somewhere in my house I have a contemporary booklet of cigarette cards depicting the battle and I have handled photos of the crew of HMS Exeter parading through a grateful City of London. These men were heroes admired by the whole country. Their success created the chimera that the Royal Navy was unbeatable just a short time after the tragedy of the Royal Oak at Scapa Flow.

Unfortunately things were going to get much worse later on when seas from Crete to Java would be a collective graveyard of British warships.

This is a well-told story that is so fast paced it will take you little time to get through. It has the effect of using great prose and imagery to mask the very serious arguments the author presents. It is an education. Mr Woodman writes the best kind of history – atmospheric, entertaining and incisive. If you have an interest in naval warfare then getting a copy of this book would add up to good money well spent. Superior stuff.

THE BATTLE OF THE RIVER PLATE