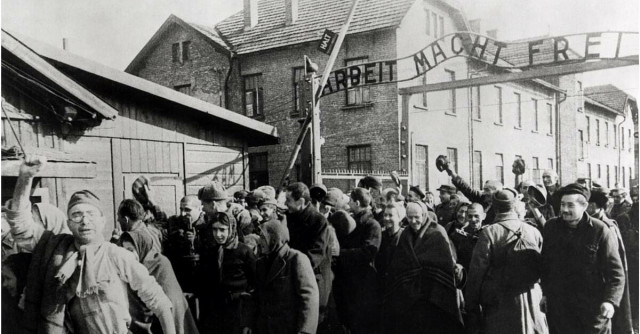 Auschwitz concentration camp, the most notorious of the Nazi death camps, was liberated 71 years ago, on 27 January 1945. For five years it had been the site of hardship, horror, and resistance in the face of certain death.

Adolph Hitler’s Nazi party built its power upon hatred, scapegoating others in order to unite common Germans behind its cause. Entire religious and ethnic groups were singled out and excluded from society. This developed into sending them to concentration camps, locking them away in terrible conditions where they laboured and were slowly starved to death. From 1942, this turned into the Final Solution, in which the Nazis systematically exterminated their victims in the camps.

Auschwitz was a group of three camps and several sub-camps built in occupied Poland. Auschwitz I was built in 1940, Auschwitz II in 1941, and Auschwitz III in 1942. As the guards sought to exterminate the Jews and others imprisoned there, it became home to the largest single site mass murder in human history. Within its brutal confines, a million people were put to death, most using the infamous gas chambers.

Life and Death in the Camp

The number of people torn away from their homes and sent to Auschwitz is extraordinary:

Prisoners were used as forced labour. They built the camps, worked on other construction projects overseen by the SS, and were eventually used to produce war materials, including ammunition, to be used against the very people who might set them free.

From the start, Auschwitz was also a site of death. Gas chambers and crematoria were used to discretely dispose of small groups identified as threats to the Nazi state. Once they were in the camps, no-one would know what happened to them, or be able to investigate.

Even before the announcement of the Final Solution, Auschwitz was being used to wipe out Jews. Experiments in using Zyklon B gas at Auschwitz I led to it being adopted as an instrument of death across the camps. Auschwitz II, in particular, was set up for mass killings, and it was there that hundreds of thousands of Jews died monstrous deaths.

The hospital at Auschwitz I saw some of the most hideous deaths. There, in Barrack 10, SS Captain Dr Josef Mengele and other physicians carried out experiments on living subjects, torturing them to death in the name of science. 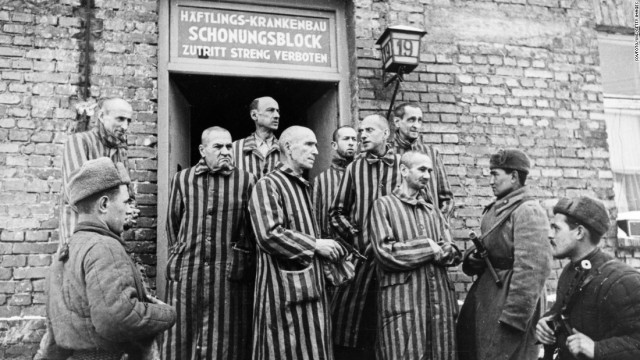 Despite the terrible conditions, prisoners found ways to resist. The most impressive effort came on 7 October 1944. Several hundred prisoners, having learned that they were to be murdered, rose up in revolt. They killed three guards and blew up a crematorium and gas chamber, using explosives smuggled to them by women forced to produce munitions.

The revolt was suppressed, and those involved butchered. But the killing efforts had at least been slowed, and the rebels had shown that even in Auschwitz strength of human spirit could continue.

As the war turned against the Nazis, Russian forces advanced through Poland toward Auschwitz.

Even with defeat approaching, Hitler was determined not to cease the terrible work he had begun. And so the efforts of many in the SS were turned to dealing with the prisoners in the camps, rather than winning the war.

The gas chambers ceased operating at Auschwitz in November 1944 though killings continued. In January, the camp was evacuated, though not before thousands of prisoners were shot dead. 60,000 more were marched west at gunpoint, to be put on trains and taken to camps in Germany, where their forced labour and murders could continue uninterrupted by the approaching Red Army. Those who fell behind on the march or could not continue were shot dead. Many of those who escaped the bullets died of cold and exposure.

The death camp had been closed, and the men running it had fled, but the killing continued.

On 27 January 1945, just days after the Nazis fled, Soviet soldiers arrived at Auschwitz. These men of the 322nd Rifle Division had served through Russia’s long, bitter years of resistance to the German invasion, a time during which millions of Russians died amid the horrors of war. They had seen action at the battles of Moscow and Kursk. None of that could prepare them for the bizarre and monstrous sights to which they were now exposed.

7,000 prisoners, left behind during the evacuation, were starving to death in the camp. Yet these were the lucky few. Bart Stern, one of the survivors, recalled surviving by hiding amid the piles of dead bodies that had built up during the final days when the crematoria could not cope with the number of corpses. The bodies of 600 victims lay unburied when the Russians arrived.

Less terrible and more surreal were the vast piles of possessions belonging to the victims. They had not been told that the ride to Auschwitz was one to death, and had brought suitcases of belongings with them. The Germans set these aside before murdering the owners. Millions of items of clothing, tens of thousands of pairs of shoes, even 6,350kg of human hair – all of these were stored at Auschwitz, waiting to be put to use by the Third Reich.

At the time, little attention was paid to Auschwitz in the press. Other camps had already been liberated, and the initial shock of what the Nazis were doing had passed. With the war grinding towards a close, other stories were gaining prominence, and the Russians were not interested in drawing attention to the fate of the Jews.

Of 6,500 staff who served at Auschwitz, 12% were eventually tried for their crimes, and several of the most senior were executed. Auschwitz I was finally put to positive use, becoming a hospital for liberated prisoners. In 1947, the site became a museum, so that we would never forget the horrors perpetrated there.