This list, however, details the humorous in military related urban legends and anecdotes. 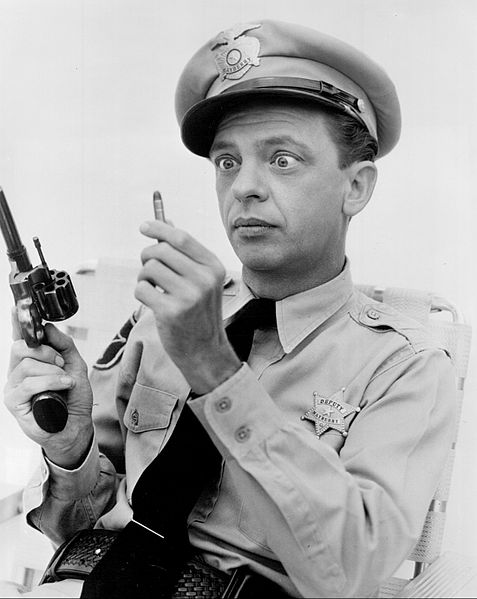 Urban legend has it that during WWII, Don Knotts (a.k.a. Barney Fife or Mr. Furley) was the most fearsome drill sergeant to instruct the marines at Parris Island.

Imagine your first day on base and a gangly, turkey necked, drill instructor trips up to the line and shouts in a high squeaky voice “LET ME SEE YOUR WAR FACE!”

Doesn’t really fit, does it? That’s because it isn’t true. No offense to our favorite landlord, of course. He is beloved and revered for his talents and for bringing joy and laughter to TV audiences.

He did indeed serve in the military, though. He was drafted in 1943 and was assigned to a special services unit providing GI entertainment as a ventriloquist.

Throwing the Wrong Dog Mama Off The Train 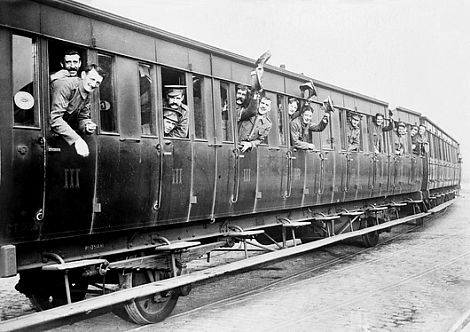 In one legend, a tired and spent American soldier has just boarded a train to London after heavy fighting in Germany. He is dog tired and cannot find a seat. Finally, he spies a seat occupied by a small dog and asks its owner if he can please sit down. She very snootily calls him a “rude American” and tells him the seat is obviously taken by her dog. He goes through the cars again and finds no seat and returns to her. Again she refuses and says that not only are Americans rude, but they are also arrogant.

At this point, the soldier picks up the dog and throws it out the window. The old woman tries to get the man across from her to defend her. He says to the American, “You Americans do seem to have a penchant for doing the wrong thing. You eat holding the fork in the wrong hand. You drive your autos on the wrong side of the road, and now, Sir, you’ve gone and thrown the wrong b***h out the window.”

According to Snopes, this story has been related in many variations, attributing the soldier to a myriad nationalities, in several different wars. The one constant is the quip delivering Brit with the punchline. 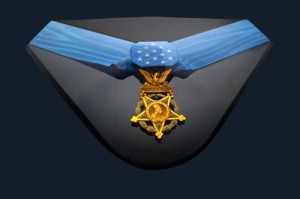 But first he had to go through airport security.

Screeners were concerned about some of the items he was carrying – very scary things like a drilled through dummy bullet key chain and his Medal of Honor commemorative nail file.

Fair enough, they all thought planes could be hijacked with nail files back then.

What upset the war hero was their confusion over the Medal of Honor itself. They didn’t know what it was or what it represented. They deliberated for a long time over whether or not it was a weapon.

When he was finally able to board, Foss did get to keep the Medal of Honor on his person, but the nail file and bullet were not allowed on the plane. He had to mail them home.

To be fair to the security agents, this occurred in January of 2002, just months after 9/11. However, why they felt threatened by a bullet fashioned into a keychain is still amusingly bewildering. 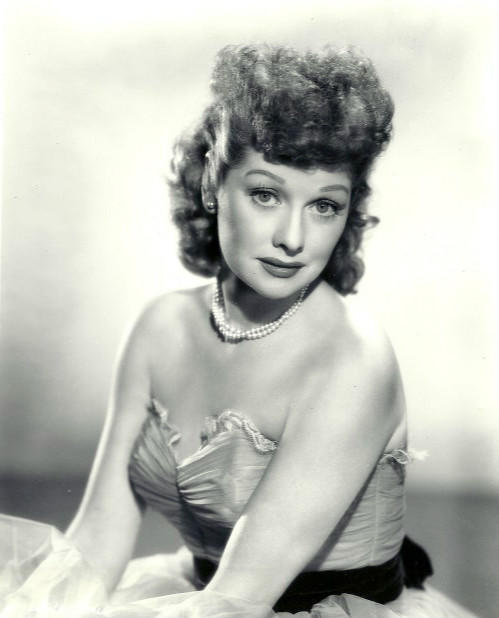 Whether or not this story is true has not been publicly determined. Some say that it is a fabrication of her biographer, others say Lucy made it up, but it is generally reported as true.

Imagine – Lucy is driving home at night across the San Fernando Valley when she suddenly hears music. The radio is off. The music is coming from her teeth!

Five nights later, she’s driving home again on a different road and picks up Morse code. What does Lucy do? She calls MGM security who calls the FBI and low and behold, they discover Japanese spies posing as gardeners running a secret radio station!

Just imaging Lucy in such a situation is funny enough, but it’s much more interesting to hear her tell it: