Animals were often gladly taken as unit mascots. Pets rarely participated directly in a fight during any battle, but often provided comfort from the monotony and dangers of a soldier’s duty. Given the movement of troops and the attrition of war, their fate is largely unknown. Name: Blackie
Gender: Male
Species: Felis catus
Allegiance: Allies, HMS Prince of Wales
Date & Place: 1944, Normandy
There are a lot of famous cats from World War II, especially on ships, because they were useful in ridding of rodents.  This one fluffy fellow has found some interest in the Prime Minister, Winston Churchill. 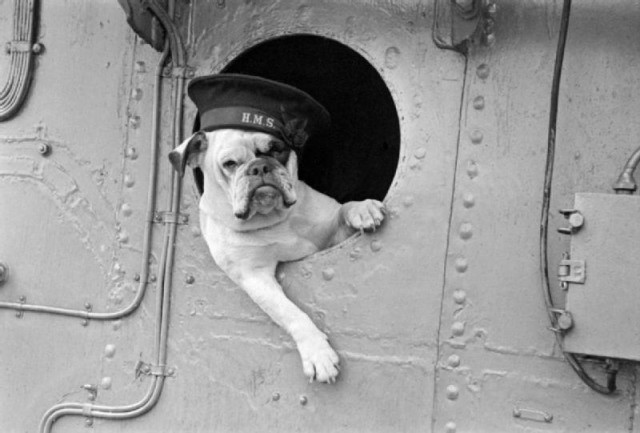 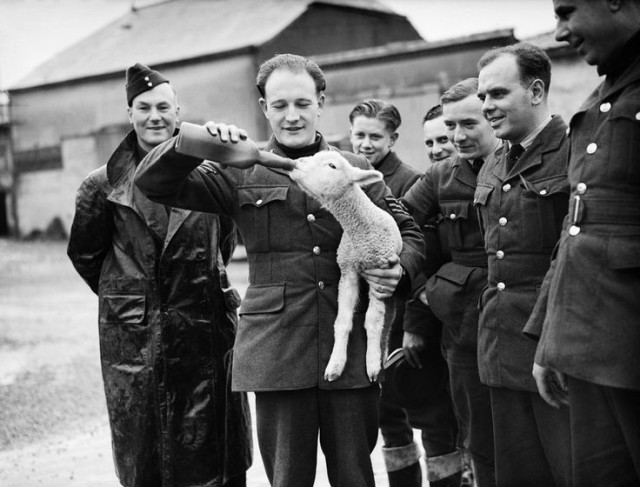 Name: Simba
Gender: Male
Species: Panthera leo
Allegiance:  Axis, Luftwaffe, JG3
Date & Place: 1940, Germany
Mascot owned by a famous pilot, Franz von Werra. What can we say…it’s a cute cub! During World War II and I, there were other lion-mascots too. Whiskey and Soda, famous pets of  the Lafayette Escadrille’s, or Dolly, the Lioness of The South African Pioneer Corp.

Name: Hunt
Gender: Male
Species: Eclectus roratus
Allegiance:  Allies, 3 New Zealand Division, 37 New Zealand Infantry Battalion
Date & Place: Unknown
Private Hunt was recruited on Solomon Islands. When he was young, he was petted a lot, he walked a lot and because of that, he lost his long tail and become unable to fly any father. In the picture with his trainer, private Currie.

Name: Jack
Gender: Male
Species: Gallus gallus
Allegiance:  Allies, Australia, 2nd Divisional Signal Company
Date & Place: 1917, France
Jack was a rooster brought by members of the unit from Egypt in 1916 when he was still a chick. The unit found Jack a better guard than a dog since he attacked any intruder who dared to enter the unit lines. In the picture with Walter Henry Farrell.

Name: Jackie
Gender: Male
Species: Papio ursinus
Allegiance:  Allies,  3rd South African Infantry
Date & Place: 1917, France
Jackie was a talented animal. He would salute, use a knife and fork as proper and lit up cigarettes for his mates. He survived the war and came back to home, though he lost his leg during a withdrawal of his unit during heavy shelling.