The Great War may have fascinated us with its bloody bloodbaths and trench warfare, but these 12 little-known facts about tell us that there was more to the war than its horrifying realities.

1: The youngest British soldier during the Great War was only 12 years old.

Sidney Lewis was only a mere 12-year-old lad when he lied about his age so he could join the British army and fight in the war. He became part of the many underage boys who ended fighting alongside fully grown men in the front lines of the Great War.

Some did it out of patriotism, others did it as a means to escape their humdrum lives back at home.

2: An explosion that occurred on France’s battlefield was heard all the way to London.

There’s roughly about 343 kilometers, as the crow flies, separating London and France. That’s too much ground to cover. But in the Great War, an explosion, which occurred on the battlefield in France was so big it was heard by the British Prime Minister all the way in Downing Street.

That unbelievably loud explosion occurred at the Messines Ridge in Belgium and was made by over 900,000 pounds of explosives placed by miners 100 feet underneath the enemy’s trenches then simultaneously detonated. The resulting explosion destroyed 19 of tunnels, the majority of the Germans’ front lines.

3: About 12 million letters reached the front each week. 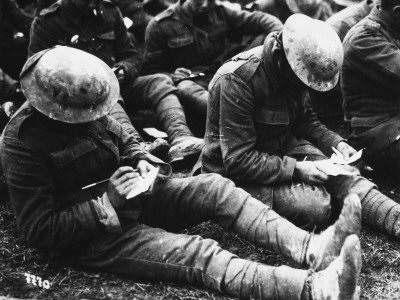 Unbelievably, it only took two days for a letter from Britain to reach the front lines in France. Its journey started at the letter depot in Regent’s Park after which it was delivered, along with the many others, into the trenches.

At the end of the Great War, letters numbering up to 2 billion and parcels of up to 114 million were sent off.

Journalism was banned during the First World War. Reporting about the happenings in the front lines was, in the opinion of those running the War Office, aiding the enemy. So caught WWI journalists faced execution. The handful reporters who during the Great War faced two great ordeals — that of the war itself and the government back home.

5: Out of 10 British soldiers in the trenches, 9 survived. 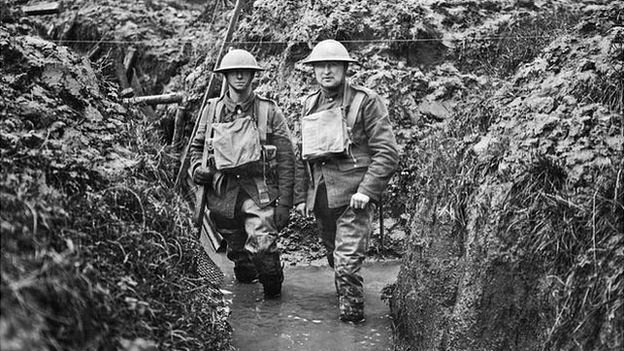 Unbelievable but true — as many as 9 out of 10 soldiers survived the trenches. It was rare for a WWI British soldier to be under the enemy’s firing line. Subjected to the trench system meant they have to be constantly on the move.

Words to describe the typical life of a Tommy during the Great War would have been boredom and a regular routine.

There is this stereotypical belief that generals during the Great War hid behind the trousers of the soldiers under them. Soldiers sacrificed their lives in the front lines while their commanders sat in comfort and directed the battles in fortified walls.

That wasn’t true at all. In fact, many WWI generals were killed, they had to be banned from going into the front lines and fighting in the battles themselves. The experience these generals have were too vital to lose.

7: WWI ships were subjected to colorful makeovers to ‘hide’ them in plain sight.

Dazzle camouflage was the idea of artist and Royal Navy volunteer Norman Wilkinson. Merchant ships, which were very important as they carried food and army supplies, had to be saved from the enemy’s torpedoes. So, instead of hiding them in the usual camouflage colors, Wilkinson’s idea was to “dazzle” the enemy by painting these ships in bold and contrasting colors and shapes. This wouldn’t hide the ships but would instead confuse the enemy.

8: Some of the women’s skin turned yellow all because of the Great War. 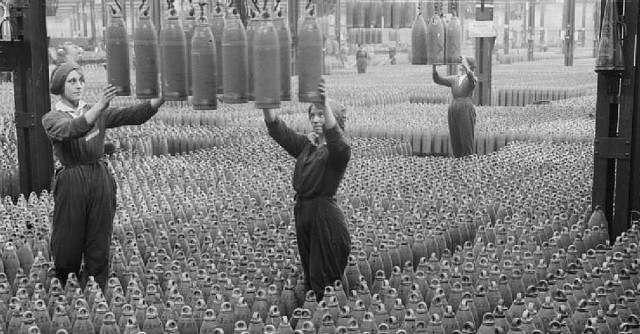 As the men were busy fighting in the war, the women had to make do without most of the male population and take up the work they left behind including laboring in the factories which made the army ammunition.

They had to give long hours to their jobs, had to contend with the lowly working conditions and the dangers connected to it as they had to handle dangerous chemicals. Over time, some women, dubbed as canaries, had yellow skins. They contacted toxic jaundice from working with TNT.

At the start of the 20th century, Britain was a superpower, economically-speaking. However, the finances involved in keeping the British army during the Great War proved to be too much even for that. As an example, in one 24 hour period on a particular day in September 1918, the cost of the fired bullets in that time frame alone nearly four million pounds.

Britain emerged from the Great War with its head above the ground. However, the years 1920 and 1921 saw the country’s biggest and hardest economic recession.

10: Plastic surgery was a product of the Great War.

Shrapnel was a primary cause of facial injuries during the Great War. Harold Gillies, a surgeon, was so horrified with the resulting injuries caused by shrapnel he pioneered the early methods of facial reconstruction to help the victims.

11: The Great War saw the development of blood banks. 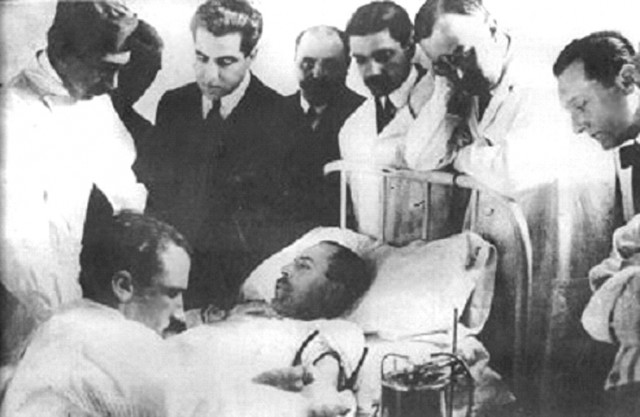 Captain Oswald Robertson, a US Army doctor, was the one who established the first blood bank on the Western Front in 1917. He used sodium citrate to prevent the blood from clotting and becoming unfit for use.

The collected blood was kept on ice for 28 days. It was transported to the casualty clearing stations near the front lines where it was needed the most for surgeries.

12: Wilfred Owen was practically unknown after the Great War.

Wilfred Owen is best known as one of the great poets of WWI. However, when he died in the front line just a week before the Great War ended, he was practically unknown. During those times, the horrifying and pitiful pictures he painted of the war through his poems was an opinion shared by the minority.

It wasn’t until the 1960s when a group of literary elites decided to adopt his poems as the best views of the Great War simple because they mirrored their own personal anti-war perceptions.

And so, two key war anthologies were published heavily laced with the works of Great War poet Wilfred Owen.