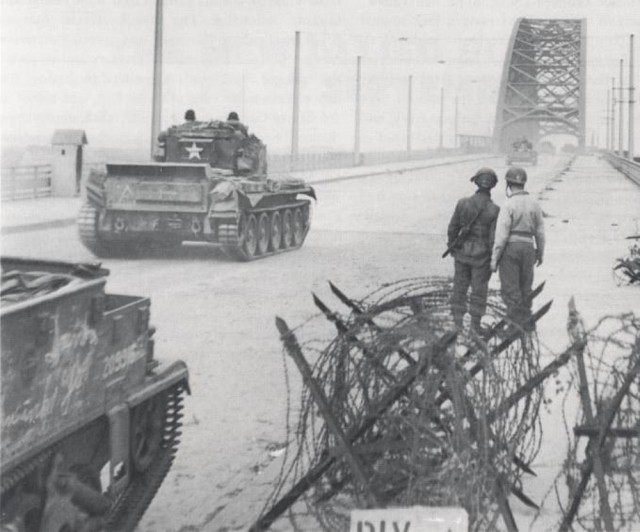 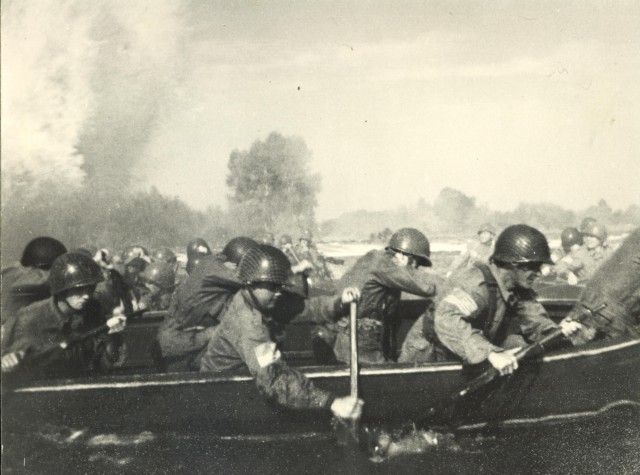 A still from a Bridge Too Far

At Nijmegen the combined efforts of the 82nd Airborne and the ground forces finally manage to take the road and rail bridge.

The brave paratroopers from the 504th PIR crossed the fast flowing Waal River in broad daylight under a hailstorm of German bullets, grenades and artillery. When they finally reached the far side they had to cross a large stretch of open ground before they finally reached the dike where the Germans were dug in. Like fearless bloodthirsty beasts they stormed the German positions, slaughtering them all and took the rail bridge and later the road bridge quickly. The message that the rail bridge was captured (around 17:00h) seems never to have reached HQ because nothing was undertaken to exploit this.

In Nijmegen the ground forces of XXXcorps with the help of the paratroopers of the 82nd Airborne finally broke through the German defenses and their sides of the bridges were taken too. Unfortunately by the time the road bridge was taken it was nearly dark and there were no forces available to start a drive on Arnhem.

A strong German counter attack at Mook near the vital lock bridge at Heumen takes the 82nd off guard but the attack is eventually stopped when divisional reserve arrive and with the help of the Coldstream Guards which are assigned to the 82nd.

The Germans also attacked Wyler, Beek and Groesbeek giving the 82nd Airborne  a hell of a day. All 3 attacks were stopped but with heavy losses and some loss of terrain.

The situation near the bridge at Arnhem is getting near catastrophe, the northern end is still in British hands but without water, food and with a lack of ammunition the outcome seems certain. 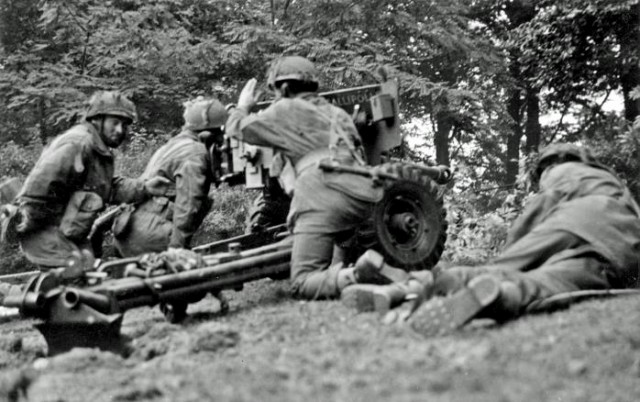 In Oosterbeek the Para’s have formed a horse shoe like perimeter with the base on the river Rhine and at most around 2km deep centered around the Hartenstein Hotel. The Germans try to cut this perimeter in two but this attack is stopped and the perimeter restored.

The Airborne’s are pushed from the Westerbouwing Heights, the high ground overlooking the river Rhine. At this time there are only 3000 man left at Oosterbeek and fewer then 500 at the bridge, the rest is killed, captured or wounded.

At Veghel, in a brilliant move, the 501st PIR bags a battalion of Germans. Company C at Heeswijk Dinther is used as the anvil while A & B company moving toward Heeswijk Dinther act as the hammer. In a matter of hours they took hundreds of prisoners and defused what could have become a very serious thread to the west flank.

The Germans manage to block the corridor for the first time, at first light they launch a full scale tank and infantry attack but the 101st Airborne had expected this and is waiting in strength. After this attack is repulsed the Panther tanks start shelling the road causing traffic to come to a standstill.