The 502nd PIR is caught up in heavy fighting at Best where they try to capture the road bridge over the Wilhelmina Canal, thus allowing the ground troops to bypass the blown bridge at Son. The Germans however blow the bridge around 11:00hrs and having a strong garrison and a lot of reinforcements at Best means that a big battle erupts eventually involving the entire 2nd and 3rd battalion of the 502nd Parachute Infantry Regiment. 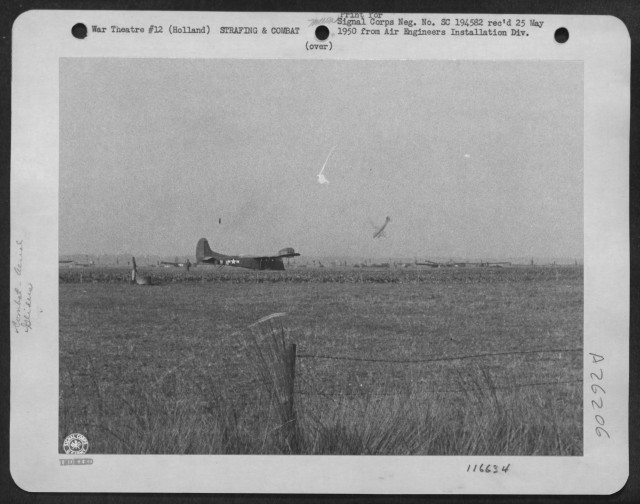 During this battle the 101st Airborne gets its much needed reinforcements when the second lift arrives which land on the edge of the battlefield. Elements of the 327th Glider Infantry Regiment are used almost as soon as they get out of their gliders.

The 1st battalion 502nd PIR is still guarding Sint Oedenrode where the Germans made some probing attacks.

During early hours of the 18th the 501st, defending of Veghel are tested for the first time, around 300 Germans sneak up through the fog along the canal from ‘S-Hertogenbosch and try to regain control of the railway bridge. They are eventually stopped but at heavy cost, C Company 501PIR is decimated. 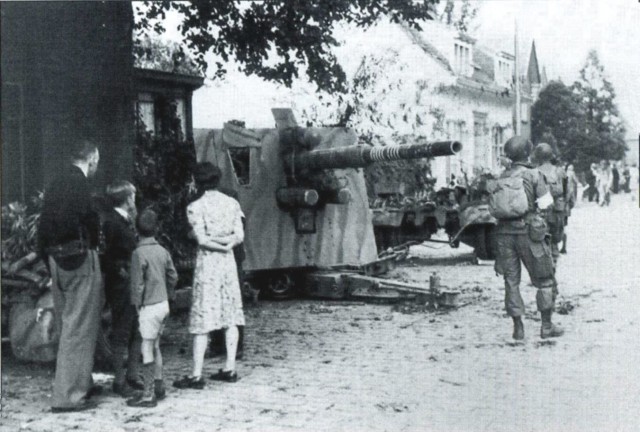 After a march in which casualties were taken and then having to destroy two 88mm guns the 506th PIR finally manages to liberate Eindhoven.

XXXcorps did not have an easy trip to Eindhoven, the Germans put up a good fight to delay them and a number of 88mm guns had to be dealt with at Aalst before they could enter Eindhoven. The Coldstream Guards tried to find alternative roads into Eindhoven thus widening the corridor but the bridges across the various waterways did not support tanks making this impossible. They only manage to reach Eindhoven in the early evening. The first linkup has been made but the operation is already a full day behind schedule.

They head for Son as soon as possible but crowds of excited Dutch citizens made quick movement impossible. At Son the engineers immediately start repairing the bridge.

In the morning the 82nd in Nijmegen tries to seize the road bridge but all attempts are thwarted by the Germans. Then the units fighting in Nijmegen are called back because around Groesbeek they have to stop a heavy German counterattack which threatens to overrun the landing zones where troops and supplies would land later that day. In the nick of time they clear them allowing the gliders to land in relative safety. 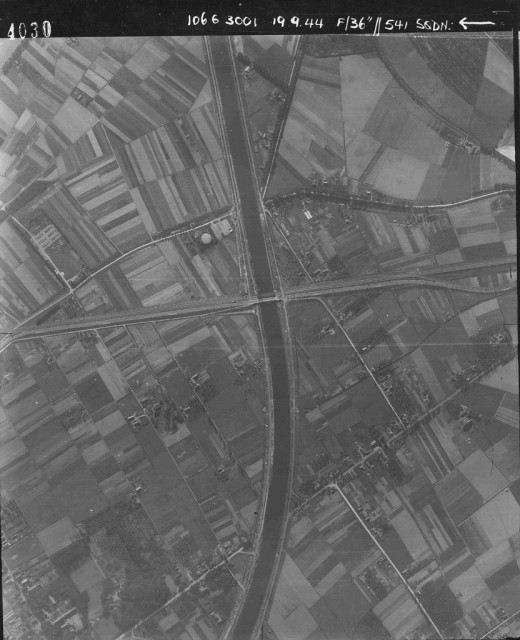 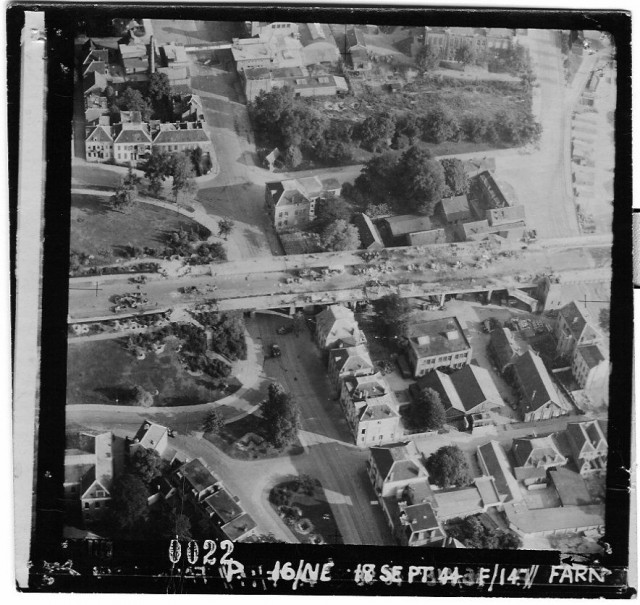 The bridge after the reconnaissance has been destroyed. Notice the still intact houses occupied by the British

Heavy fighting is going on in and around Arnhem. The troops from 2nd Battalion, 1st Parachute brigade which captured the Northern approach of the road bridge are under constant German attack but the men beat them back time and again. Early in the morning they receive their first and only reinforcements, B company 2nd battalion arrives after spending the night at the pontoon bridge a 100 yards from the road bridge. John Frosts force is now around 750 men. A German reconnaissance squadron tries to retake the Arnhem bridge by storming across it from the south but is almost completely destroyed. 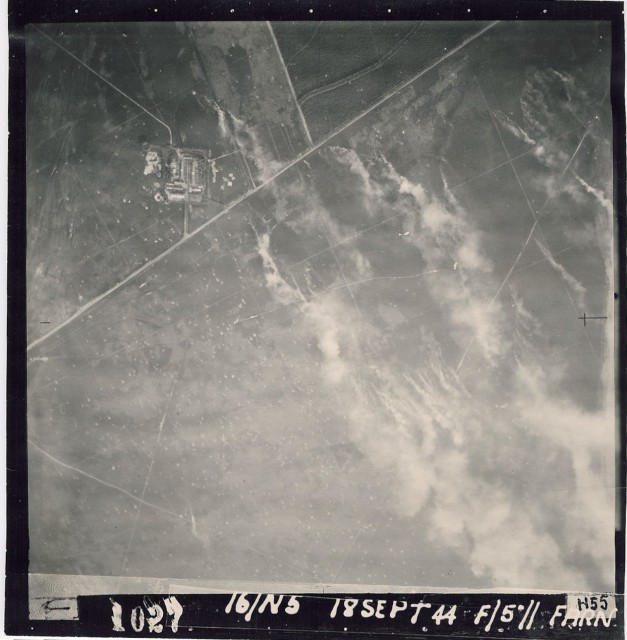 On the Ginkel Heath, 15km from the bridge, lands the 4th parachute brigade under Brigadier Hackett in the middle of a raging battle as the 7th KOSB tries desperately to clear the drop zone. With the help of the 4th brigade the Germans are quickly taken care of.